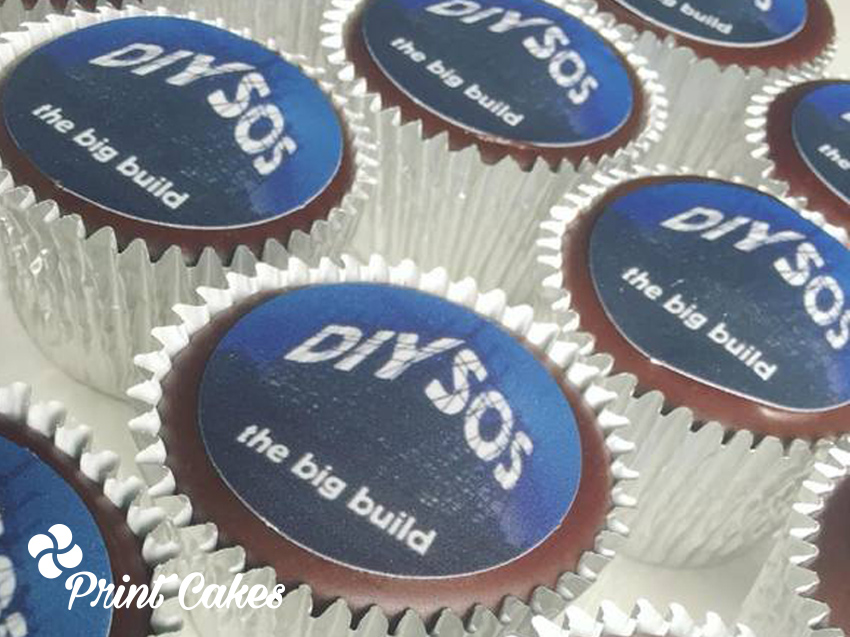 When we heard that the BBC DIY SOS team were landing in North Shields for a special Big Build project we knew that Print Cakes needed to get involved. We definitely aren’t the right people to muck in with the planned single story extension and garage conversion but we knew our cupcakes would help to power the team with the real skills through! It was amazing to see how many local tradespeople gave up their time to help such a good cause. The family involved are North Shields couple Rachael and John Matthews, who live with their 3 children, Isabelle, 10, Anna, 5, and Evelyn, 3, who has a rare genetic condition called CHARGE syndrome.

This has many associated medical complications including chronic kidney failure which requires her to be hooked up to a dialysis machine overnight.

Evelyn’s room was too small for her medical equipement, they needed a lot of extra storage for her medication and much more room downstairs.

On the last day of the build, we arrived with a boatload of our Chocolate Fudge and Vanilla Dream logo cupcakes branded with the DIY SOS logos to feed the hungry workers. We were a bit star struck to meet Mr Nick Knowles himself (so much so we forgot to get a photo!). Helena did end up with a camera in her face for a little segment that may make it into the show, so we will be eagerly awaiting it’s airing to see how much of a fool she made of herself! Thanks again to all the amazing people who worked on the project, and we hope our cupcakes went a little way to help.

Find out more about the project here. Leave a Reply Cancel reply
Archives
Recent Posts
Sign up to receive 10% off your first order as well as special offers, news and all things cake. Terms and conditions apply.